Join the forum, it's quick and easy

Mybrute is a very simple online, multiplayer flash game! all you have to do is go to the link, create a name for your brute and begin! It is pretty easy to pick up the boundaries of the game. But it is very simple and fun game! Below is an inventory of everything you may stumble upon..

Sign up to the forum to help this new community grow and also have access to our new Tips and Tricks and Dojo sections to help raise your brute! As well our promotional competition with MyBrute Prizes!

Control + F is your friend!

MyBrute Gameplay
Brutes gain experience and level up from fights. Each time they level they have a chance to increase one of their three stats strength, agility and speed. They also have a chance to gain a new weapon to use in battle, a new specialty, or a new pet..

There are a total of 28 specialties a brute can gain every time they level up:

*Herculean Strength: With your strength, you are capable of moving mountains! But that moment has not yet come, you have an enemy to destroy.
*Master of Arms: Thanks to your mastery with the knife, you are turning into a really dangerous individual causing serious problems to your enemy.
*Martial Arts: Your Chuck Norris course has paid off! Now you can put your feet where you want... and more often than not they'll be on your opponent's ugly...
*Tornado of Blows: ....and you hit hit hit, that's just your way of showing love! You're a mad torrent of misunderstood love. What madnessssss!
*Shield: An armor. To stop the blows.....sometimes.
*Impact: Your blows are so devastating that your opponent drops his weapon...Now you can show it off to your friends! What about that? Is it cool or what?
*Survival: Your years of fighting have made you invincible. Mortals blows have gained you one life point instead of knocking you out.
*Fierce Brute: Now you really are a true brute. More so than ever. You are more powerful and violent than ever in the fight.
*Net: A classic net. Not as cool as Spiderman's, but it's good enough for your enemy... Your enemy will be immobilized until you feel like hitting him again.
*Hammer: A catch technique consist of jumping with your enemy, and then falling on top of him.
*Hypnosis: Now, talking about your appeal to pets, absolutely nobody can rival you. They'd follow you to the ends of the earth. and that's a fact.
*Bolt of Lightning: You hit faster than your shadow and bite faster than your enemy.
*Sixth Sense: Your eagle-eyed vigilance allows you to anticipate your enemy's sneaky tricks. Now you can attack before he knows what hit him!
*Extra-Thick Skin: All the knocks you've taken have actually helped you develop. Your brute is the proud owner of a thicker and more resistant skin.
*Tragic Potion: Haaave a little sip of this. It could make you a bit drunk.. Hic...hic... This peach juice restores some of the energy you lost in the fight.
*Bomb: A bit like a water bomb, but more damaging!
*Vitality: Your life expectancy has risen! Now you will be able to resist longer in the arena.
*Pugnacious: When you are in the arena, you're not really so ungrateful... When they strike a blow, you give it back... for free!
*Sabotage: You are the coolest kid on the block? You vandalize your enemy- smart move eh? Each blow allows you to destroy one of his weapons.
*Strong Arms: Thanks to your huge muscular biceps, you can wield heavy weapons. You are the Schwarzenegger of the mace!
*Feline Agility: You haven't even got a ball of string to pass the time with, but you can always thump the brute you have opposite you.
*Armour: This? Well, its a coat of armor. The idea is that you put it over your t-shirt so it doesn't get dirty. It also helps you resist blows.
*Deluge: Walking around carrying 100 kilos of weapons is very tiring until you have found a very clever strategy of traveling light.
* Thief: This skill allows you to discreetly steal your enemy's weapon and use it against him.
* Immortal: Your health has improved incredibly! You are making it really tough for your enemy to knock you out.
* Implacable: When you strike a blow, it's always dead on target. Nobody can stop it. And certainly not your enemy. That's for sure.
* Untouchable: You now avoid the blows easily. This is really annoying, especially for your enemy!

Rare Pets you want:
Wolf(check my brute to see it)
Bear

From personal experience i created 200 accounts. I got 1 bear, 5 dogs and 1 wolf...which was the first account i created.. but keep leveling and keep your fingers crossed!

My Brute Ranking
Rankings are determined by how well you do in the tournament:

Weapons make your brute’s attacks much more powerful. Some weapons make you attack often for small damage, some weapons miss a lot but deal a lot of damage, and some weapons do mediocre damage but hit often. You get weapons randomly when you level. So how good the weapon is is purely luck. Some are much better than others.

* Tennis Racket
Rating - 6
Does below average damage, but always retaliates and sometimes blocks an attack.

* Knife
Rating – 5 out of 10
Does below-average damage, but always hits and grants bonus attacks.

* Sai
Rating - 5 out of 10
A samurai-style knife that looks like the tip of a trident. Very similar to the traditional knife, but does a bit less damage.

* Ninja stars
Rating - 6 out of 10
Fires a volley of ninja stars at your opponent. Does average damage.

* Birdlike Thing
Rating - 5 out of 10
Throws something that looks like a bird to your opponent. A throwing weapon that hits for below-average damage.

* Baton
Rating - 5 out of 10
A simple stick that does low damage but sometimes blocks your opponent's attacks.

* Lance
Rating - 6,5 out of 10
A poking device. Does below average damage and sometimes retaliates your opponent's attacks.

* Broadsword
Rating - 6 out of 10
A standard sword. Does average damage, sometimes does more than 1 hit.

* Trident
Rating - 7,5 out of 10
Similar to the whip, sometimes does multiple attacks and retaliates your opponent's attacks for average damage.

* Whip
Rating – 9 out of 10
Does average damage, and makes your character attack a LOT and retaliate your opponent’s attacks.

* Noodle Bowl
Rating - 7,5 out of 10
Throwing weapon. Does average damage and multiple attacks.

* Greatsword
Rating - 7 out of 10
Like the broadsword, but does a bit more damage and has a higher chance to miss.

* Hatchet
Rating - 7 out of 10
Does above average damage, hits most of the time, but doesn't do multiple attacks.

* Halberd
Rating - 6,5 out of 10
Does above average damage, retaliates sometimes and does multiple hits. Misses alot, unfortunately.

* Bumps
Rating - 7
A large wooden club. Does alot of damage, but misses alot too. Not very useful against high agility opponents.

* Iron Mace
Rating - 7,5 out of 10
Similar to the wooden variant, but it seems to be more accurate. Does loads of damage!

* Stone Hammer
Rating - 8 out of 10
Does even higher damage than the bumps and the iron mace, in exchange for a bit higher missrate.

* Trombone
Rating - 8
Does about above average damage per hit and often hits multiple times. Pretty good!

* Scourge
Rating - 9.5 out of 10
A flail. Definitely among the best weapons in the game. Does insane damage, and seems pretty accurate.

You can fight my brute if you wish, but i have a wolf!!. And I have fought off some strong opponents.

kudos goes out to the man who helped behind making the guide!

please leave comments or anything i can improve

this is very useful

i think i cee this somewhere but not as good
Puppylove

i likey! added to bookmarks

i will use that a lot i guess.. i will put it then under the name from the forum!
nynoez

ive hit doubles with a lvl2 with 10 speed using a hatchet before.
thorax

Does anyone have a picture of the Scourge? I'd like to see how it looks like.
thorax

Ill show you a pic when the maintenance is done. Its also known as the flail
_________________
My Brute http://thorax96.mybrute.com/
My pupil exchange: https://mybrutehacks.forumotion.com/the-dojo-f2/thorax-s-pupil-exchange-the-best-in-the-business-t62.htm 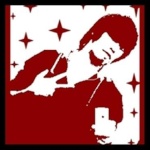 The baton is a great weapon, easlly the best weapon for blocking and disarming, the multie attack is a nice bonus too.

Not to mention how well it goes with shield, with both of them on and a high agilty no one is going to hit you for a while
Follower Of Khan

Follower Of Khan wrote:You all can also create a brute or try to fight mine here

you are off topic dude. ^^
tgodd

Baton only got a 5! Shocked The baton is a great weapon, easlly the best weapon for blocking and disarming, the multie attack is a nice bonus too.

Not to mention how well it goes with shield, with both of them on and a high agilty no one is going to hit you for a while

also, the sai has the highest disarming rate of any weapon. so it should be higher than a 5 too imo.
Anylopectina12

note: anyone who have untouchable or immortal?
VoiD

Nice guide acan you add the damage of the weapons

note: anyone who have untouchable or immortal?

My newest brute got it 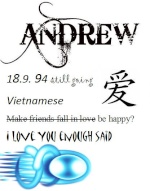